This was the look of the bare border when we had cut it out of the lawn and dug the soil over whilst manuring and feeding. We completed this in March. 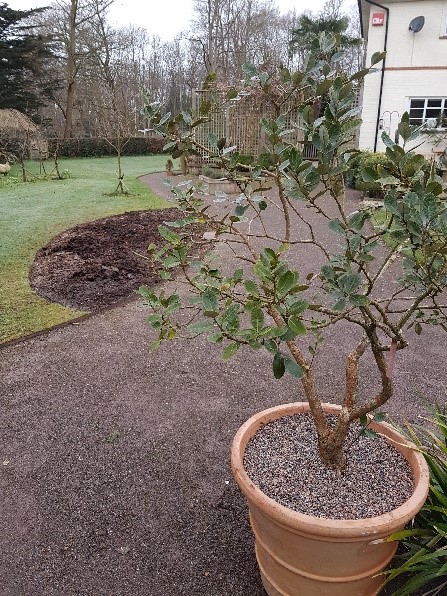 The plan for the border was to have the plant level rising to the centre in height using predominantly pinks, reds, whites and blues. We did not manage to achieve the colour scheme in its entirety, but we did achieve the height.
During the planning of the planting I became somewhat obsessed with the idea of a banana plant being the central point with its huge leaves waving about above the other plants. We decided that if we could grow some banana plants from seed it would be cheaper than buying them, but they are not easy to grow. The seeds themselves are cheap enough and so I bought several packets from the web for a very small sum. The first problem is to get them to germinate.
To get banana seeds to germinate requires a heated growing system. This can be either a heated mat, or a heated mat and perspex enclosure which can be expensive. It can take 6 – 8 weeks for the seeds to germinate and out of the 24 I planted only 6 grew into serious plants.
Below are 2 pictures of the border now in full flower with the banana plant in the centre (just visible as it is not yet fully grown).. Other banana plants are in the greenhouse – also in pots. 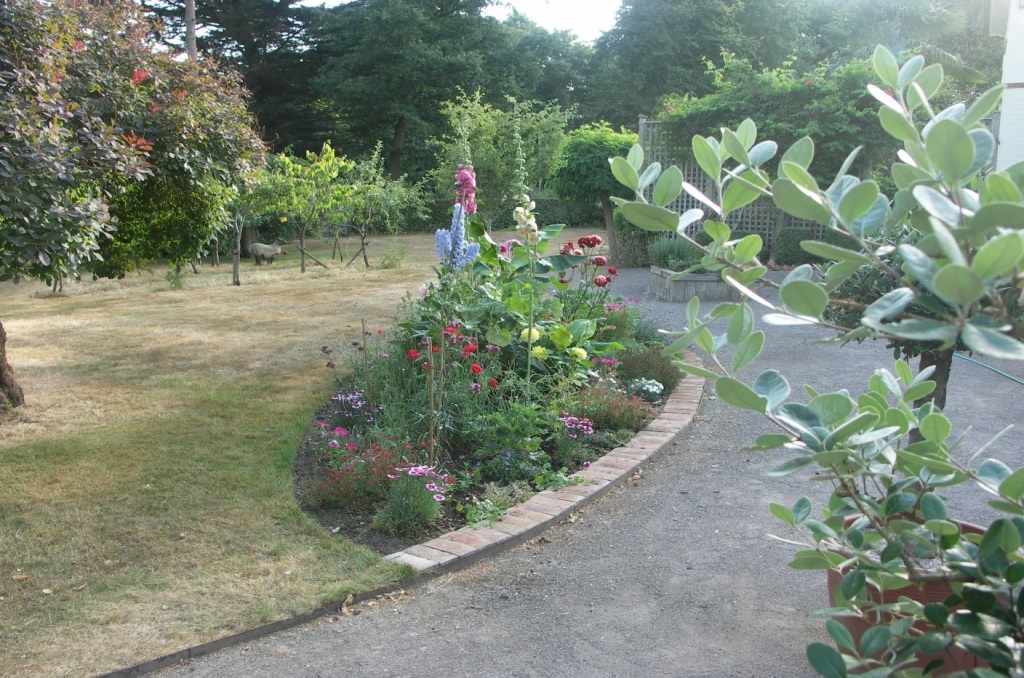 You can see that we added a row of bricks on the path side of the border and this allows trailing plants (not yet fully developed) to stray outwards and gives a really nice defined edge to the border.
Weeding between the plants is easy with a hori hori knife or a hoe and digging fork.
NB Bananas
If you are interested in the idea of growing banana plants bear in mind that you can do this from seed or from plants which you may buy on the web. However I have not had a particularly good result from the few plants which I bought. They seem not to have developed as fast as the ones I grew from seed. Most of the plants for sale on the web are musa basjoo whereas you can purchase several varieties in the seed form – but don’t go with seeds if you are impatient to see them germinate! Banana plant in the corner of the greenhouse.