Jobs in the Garden!

It seems that jobs in the garden are piling up now as its less than a full month before things really start to wake up in March – plant new roses, replace dead bits of hedging with new whips, plant onions and the list goes on. Clean the pots which I emptied of old soil last month and start to refill in readiness for planting bulbs such as cannas and plants like geraniums.
I also have a new part of the garden to finalise. Last year we took down an old 20 ft x 10 ft shed which I erected in 2000. My wife and I discussed various options and finally decided on a traditional box (Buxus sempervirens) area (known in posh terms as a parterre) between the house and the greenhouse. It took quite a while to get the area level in readiness for putting down weed matting. 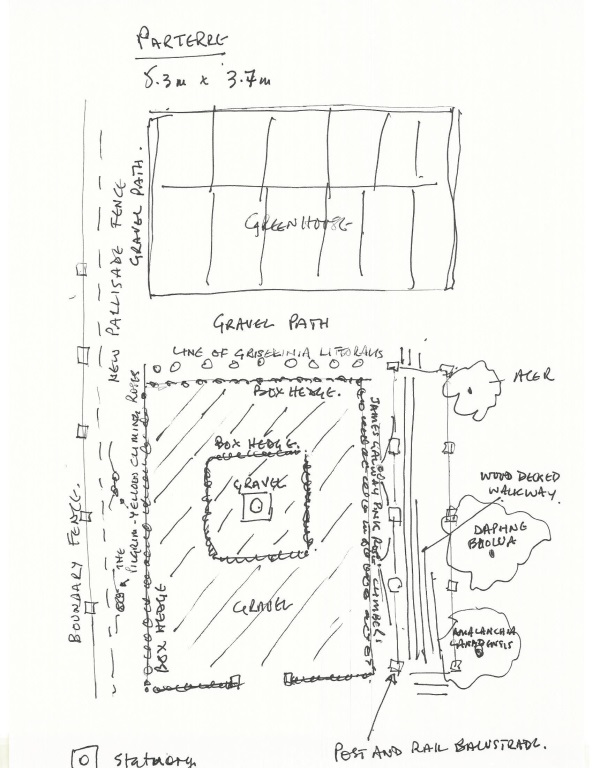 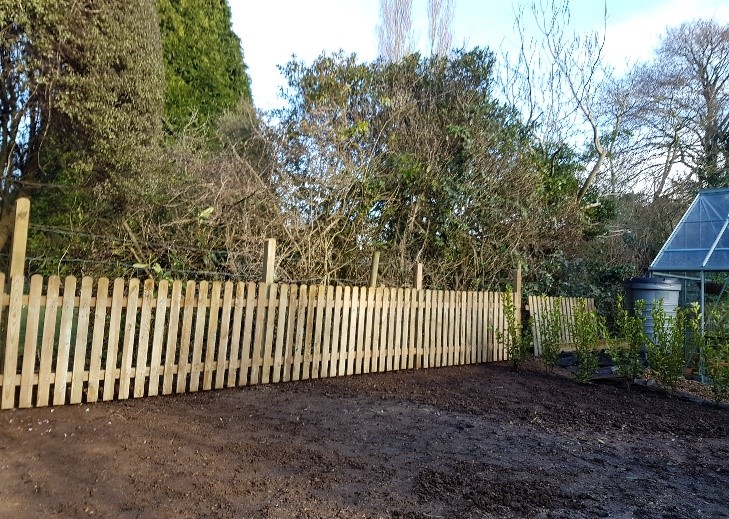 We need a fence against which the line of box plants will stand out. Unfortunately the land falls away which we had not originally spotted and this was highlighted when we put the fence up. So we have lowered the fence and moved some soil which has resolved the problem. Now this has been done we can move on. In order to provide a background for the box hedge we need a taller light coloured hedge - Griselinia littoralis (New Zealand privet) which has lovely lime green almost succulent leaves. These grow steadily, are hardy and will put up with being trimmed every year. When at full height this will also partly obscure the greenhouse.

Next we can get the weed mat down and then measure up, mark out and plant the boxes at about 8” (200 mm) centres. We shall roll the mat back and then, mark a line and dig a shallow trench to space the plants in.
We have planted four climbing roses between the boxes and the decking path and the fence. Climbers bloom continuously and I have chosen two “The Pilgrim” yellow and 2 “James Galway” pink from David Austin Roses.

I will put out another blog as we progress.